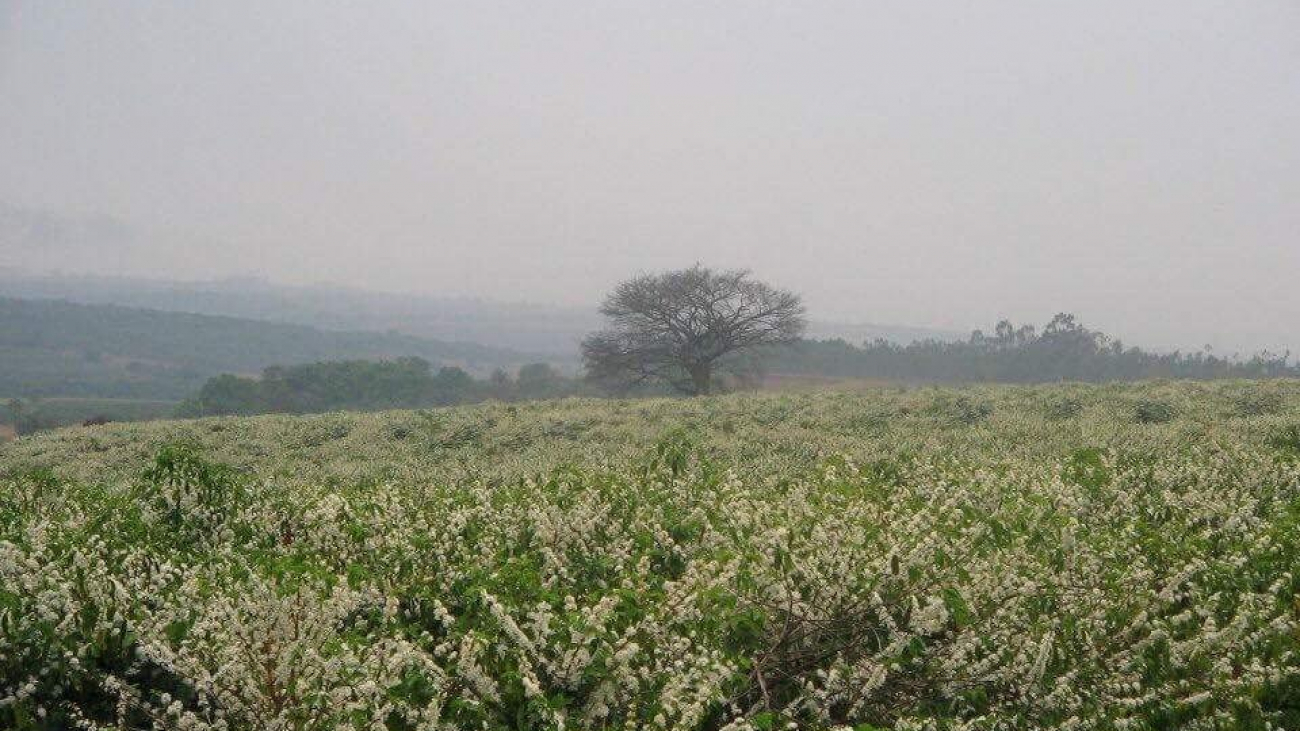 Our coffee at Terra Preta is grown, roasted and sold by the Maciel family who have been cultivating coffee in Brazil since the 19th century on a small independent estate. In 2015 Calum Maciel Brough brought coffee to UK buyers directly from his aunt’s farm for the first time.

At Terra Preta the beans are planted in December (which is summer down in Brazil). By January the plants begin to flower, which turn to green berries by March. After this the berries develop their colours which can be red or yellow, depending on the variety of the bean.

The beans are picked in May/June and are washed to remove dirt unlike others who wash to remove the shells which affects the fermentation of the beans, a vital part of making speciality coffee. Then they are left in the sun for 15-30 days depending on the weather and until they reach a humidity level of 11%. At this point, they are put in big silos for 20-40 days where they undergo controlled fermentation. This part of the journey is very important as it plays a great role in the individual characteristics and flavours of the harvest. Each producer of coffee uses his/her own unique recipe.

The coffee is brought to the UK by Calum, the nephew of Fernanda the farm owner. Calum returned to his father’s homeland to complete his education and saw there was a growing demand for speciality coffee from independent farmers. The coffee from his aunt’s farm would meet that demand. Since first bringing the coffee in 2015 the popularity of Terra Preta has grown among roasters and drinkers alike. We are looking for more roasters to collaborate with us to bring the taste, aroma and personality of our beloved Terra Preta to coffee lovers in the UK.